The CRT monitor displays the output or the input fields of the application program. A screenshot of a 3278 Model of CRT monitor is shown below. It has the following characteristics: 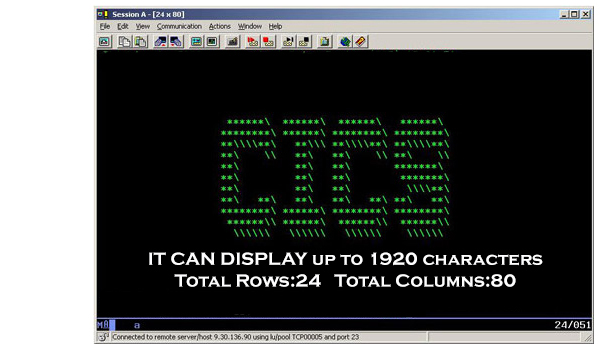 
If you have any doubts or queries related to this chapter, get them clarified from our Mainframe experts on ibmmainframer Community!