Use âTSO QMFâ command in the ISPF main menu; you will get the QMF Home Panel as follows:

This command is varying depends on installation. 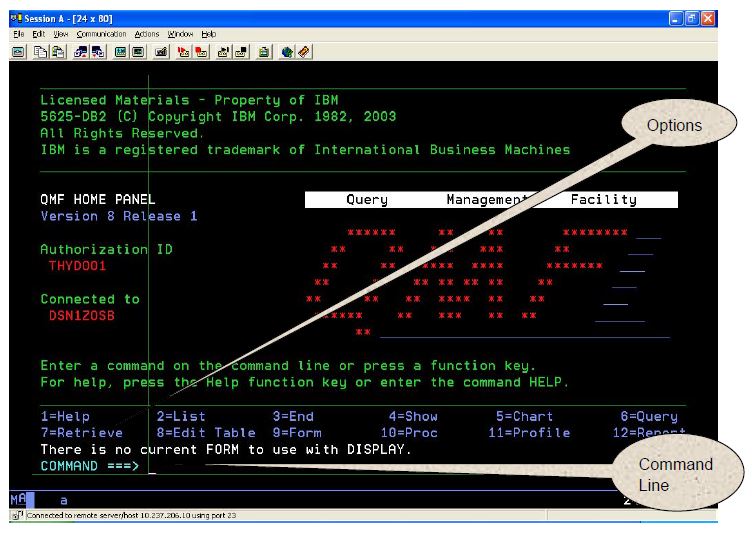 Notice the numbered options in the bottom portion of the screen. These numbers correspond to QMF functions.

There are three basic QMF objects to produce formatted reports of DB2 data:

You will see how to produce a simple report: 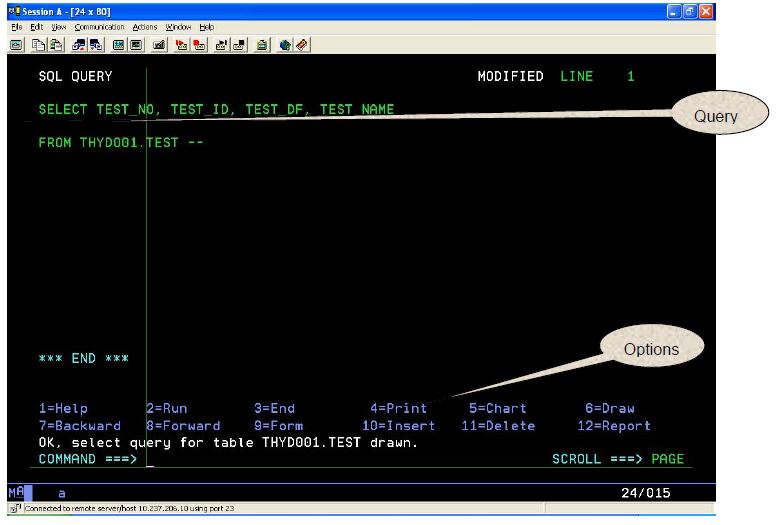 To run this query, press F2 which will produce this report. 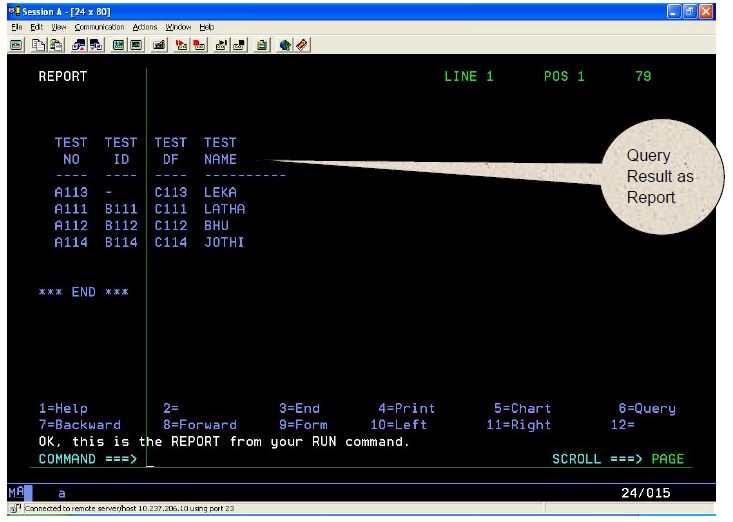 Press F4 to print the report.

You can format this report using Forms by pressing F9.

Forms are used to format the report of the query output. Press F9 to go to a Form.

A default form is generated for each query when it is run.

QMF Forms enable us to perform the following:

QMF Form Panel is as follows: 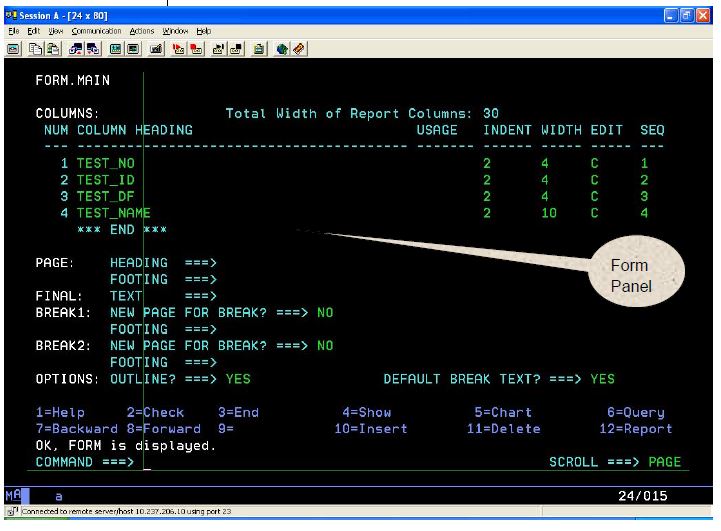 QMF Proc is used to execute multiple SQL statements at one time.

QMF Procs contain QMF commands that are tied together and executed serially.

By pressing F10, you can enter into PROC and can execute the queries as follows:

Following is a typical QMF user's session. If you type a single SQL statement and press a few function keys, then an end-user report is generated. 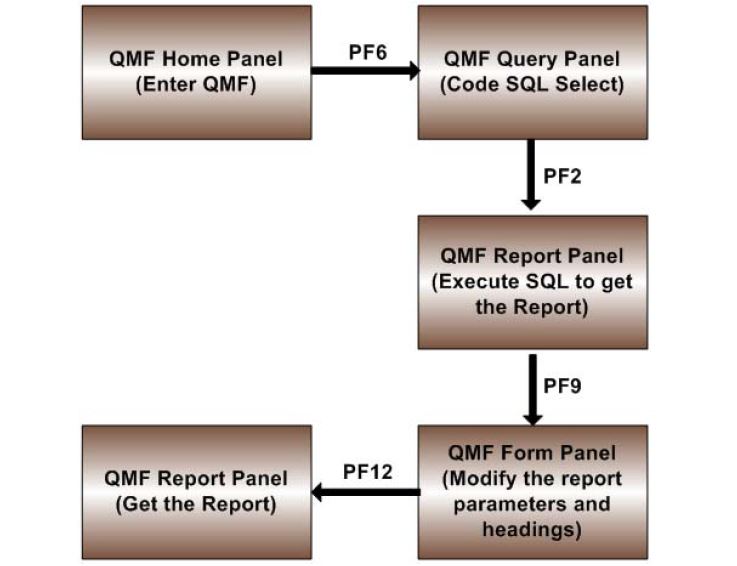