The same data base can be processed with either single or multiple positioning by different programs, which technique a program uses is determined by the programâs PSB. In terms of DL/I resource usage, thereâs practically no performance difference between the two types of positioning.


Single positioning allows IMS to maintain only one current position, and that position is always last hierarchical path referenced. When operating in the multiple position mode, IMS maintains a separate position for each dependent segment type at each level in the data base.

Consider the Logical view of the Customer Database shown below. Also Assume that there is a one-to-one relationship between ADJUSTMENT, PAYMENT, LINEITEM. To retrieve these segments, not being particular about the sequence of the segments, the following Get-Unique call followed by a series of Get-Next-Within-Parent calls accomplishes the retrieval. 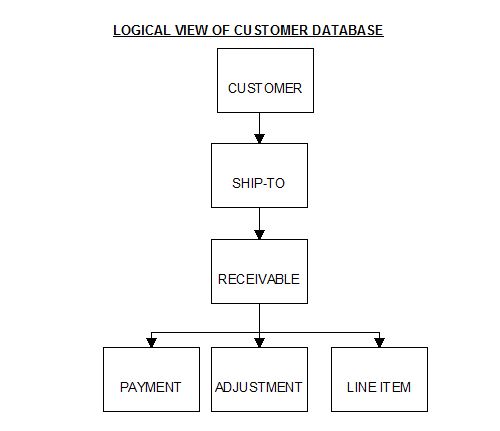 
In the above call sequence, the set of Get-Next-Within-Parent calls retrieve set of PAYMENT, ADJSTMNT, LINEITEM first time. If IMS is maintaining single position within a database, the Steps 2, 3, 4 works fine. But Step 5 returns a âGEâ status code indicating that there are no more PAYMENT segments under the parent. This is because, Step 4 keeps the pointer position at first LINEITEM, which is later in the hierarchy (After all Payment and Adjustment segments, then comes, first Lineitem segment). To retrieve the second PAYMENT segment, IMS has to remember the position of the previous PAYMENT segment retrieved.

To achieve this requirement, Multiple Positioning is the correct choice. Once the multiple positioning is defined, the CUSTOMER databaseâ three hierarchical paths are considered as independent. They are as shown below. 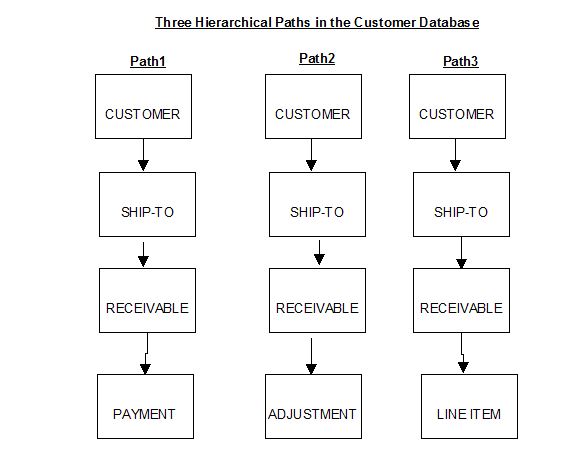 If you have any doubts or queries related to this chapter, get them clarified from our Mainframe experts on IBMMainframer Community!