Endevor is an integrated set of management tools for automating, controlling, and monitoring the mainframe software development lifecycle. Endevor is used to maintain software applications and track their versions.

In Endevor, source code and related code objects are known as Elements. An Element is a partitioned data set member, a CA Panvalet, CA Librarian, sequential data set, or USS file that has been placed under the control of CA Endevor. An Element is the smallest object for which the product provides control.

Why do we need Endevor?

During the software development lifecycle, the user performs Element actions on Elements such as Add, Update, Move, Delete, Signout, and so on. These functions can be performed in foreground or batch mode.

Many functions can be executed in foreground, but submitted for batch processing. All JCL batch functions are described using the Software Control Language (SCL). SCL is the Endevor freeform language, with English-like statements, that is used for the batch execution of Endevor.

What is Endevor Environment?

An Endevor Environment is a phase of the life cycle through which a software change migrates.

Endevor is made up of Environments, Stages, and the following,

When fixes must be applied to production code, Endevor can manage the following emergency operations: 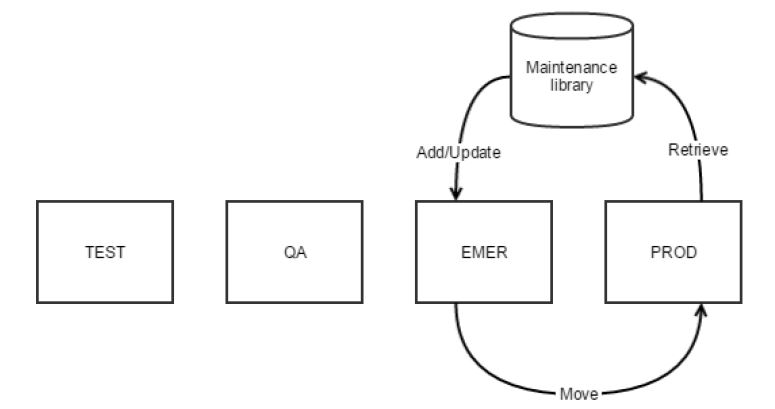 What is Endevor Package?

If your site requires approvals to move your software code changes through the lifecycle, Packages, which are used to group Element actions, must be used to perform the moves.