SPUFI is intended primarily for application programmers who wish to test the SQL portions of their programs or administrators who wish to perform SQL operations.

SPUFI reads SQL statements contained as text in a sequential file or in a member of a PDS, processes those statements and places the results in an ISPF browse session. By specifying the input and output data sets and selecting the appropriate options, we can execute SQL statements in an online mode. 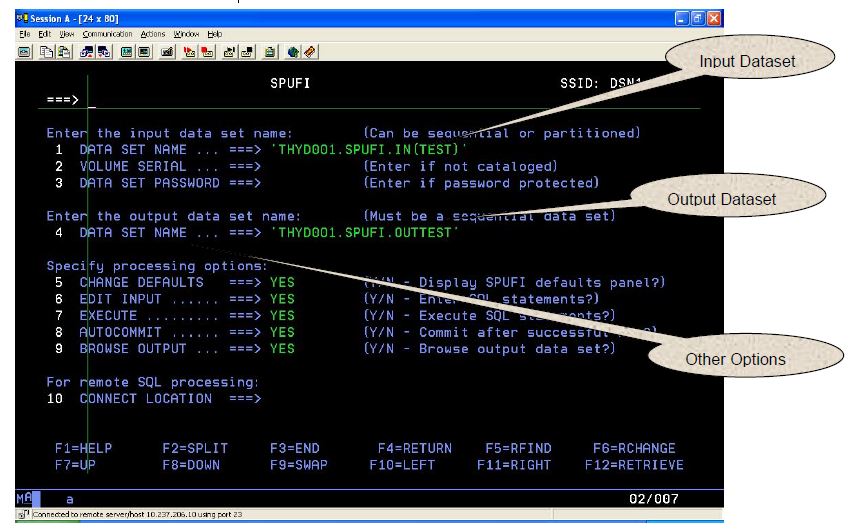 Input dataset must be allocated before invoking SPUFI. This can be a member of Partitioned Data Set or a Sequential Data Set. This can be empty and can be edited as part of the SPUFI session.

It is recommended to maintain a partitioned data set to keep track of SQL statements used. Input dataset can be defined as a fixed, blocked data set with an LRECL of 80.

Step 2: Optional- Specify new values in any of the other fields on the SPUFI panel

CHANGE DEFAULTS: When Y is specified, the SPUFI defaults panel appears as follows: 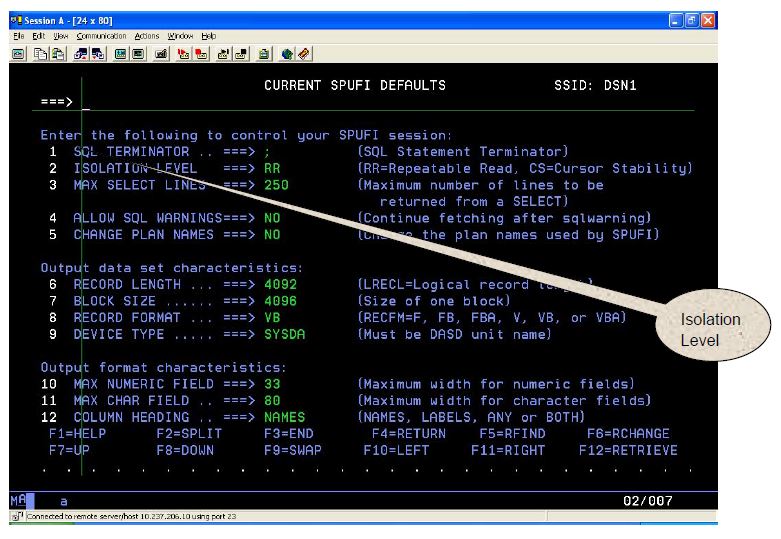 Note: Specifying Y for all these options (from 6 to 9) except Change Defaults (5) is common.

Sample SQL statements in the input data set as follows:

When the SQL is executed and browsed, an output data set like the following appears: 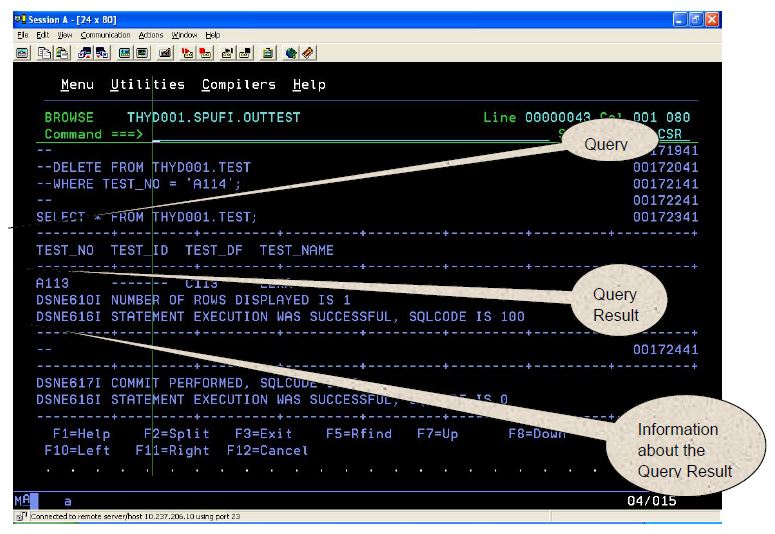 The output file will contain a sequence of results, one for each statement (including the relevant SQLCODE), followed by a summary of the overall execution (including, in particular, an indication as to which of Commit and Roll Back occurred). There are some specific defaults to be set for Output data set.