FIND is most frequently used command in View, Edit, Browse. The FIND command has a lot of options, which are categorized as follows.

The various categories may be used independent of each other. These options are to be given apart from the string to be searched. The search can be limited to a range of columns specified by the column numbers.

For example, FIND XYZ 23 45 finds the next occurrence of the string XYZ in the column range 23 to 45. If you specify only one column number (and not a range) then search will be for the string starting at the specified column. The labels that you set can be used to delimit the search range row-wise. If you give two labels, then the search is done in that range only. You cannot give a single label.

ISPF assigns a set of predefined labels for some lines. These are as follows:

A few examples of valid FIND command are: 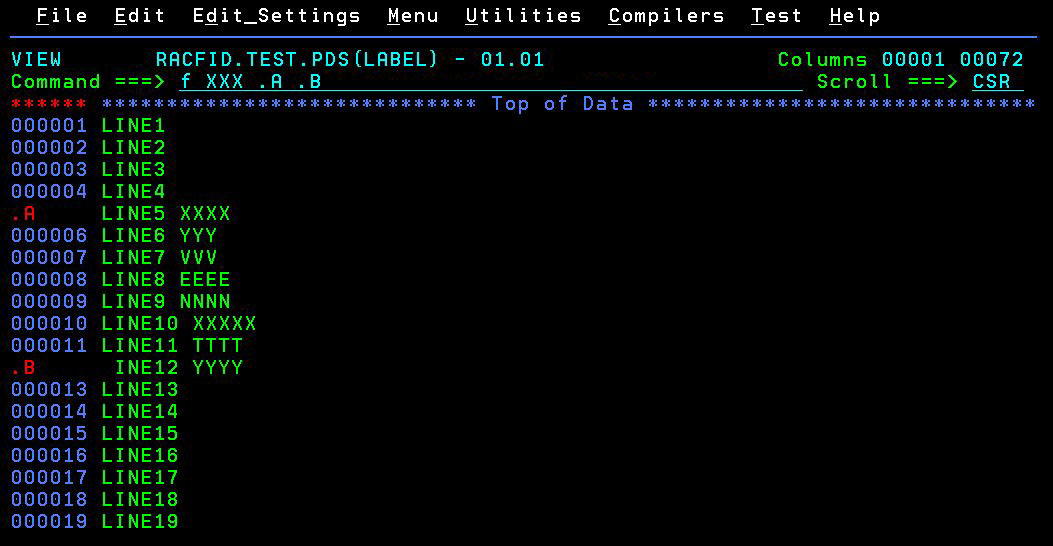 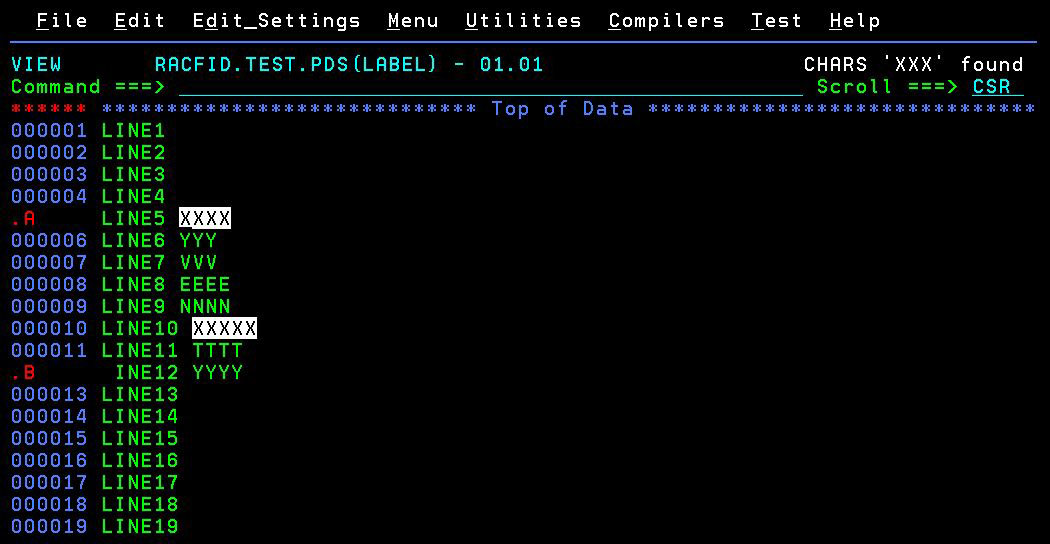 Picture clause searches are used to find occurrences of strings that have some common characteristics or that match some pattern. The strings are enclosed in single quotes and preceded by 'p'. All characters that do not stand for a picture can be used as they are.

For example, FIND P'VERSION#' ALL will find all occurrences of all the strings VERSION0, VERSION1, VERSION2...VERSION9. Each picture character stands for one character only.

A list of valid Picture characters is given as follows:


If you have any doubts or queries related to this chapter, get them clarified from our Mainframe experts on ibmmainframer Community!