For example: TSO is similar to DOS approach, ISPF similar to windows menu approach. All the ISPF operations are converted into TSO commands and sent to TSO subsystem, which in turn communicates with MVS Operating System:

Some of the features of ISPF are as follows:

Program Development Facility (PDF) is a part of ISPF providing variety of facilities that are useful for program development work - a powerful text editor, a set of utilities to create and manage datasets and libraries, and the ability to invoke language translators to compile and link-edit application programs. Program Development tasks will be much easier using ISPF/PDF feature

As stated, ISPF is menu driven; all the functionalities are categorized into several Options. Once Logged in using TSO Session, ISPF will be invoked. Initial screen (Shown in FIG) of ISPF shows list of Option provided: 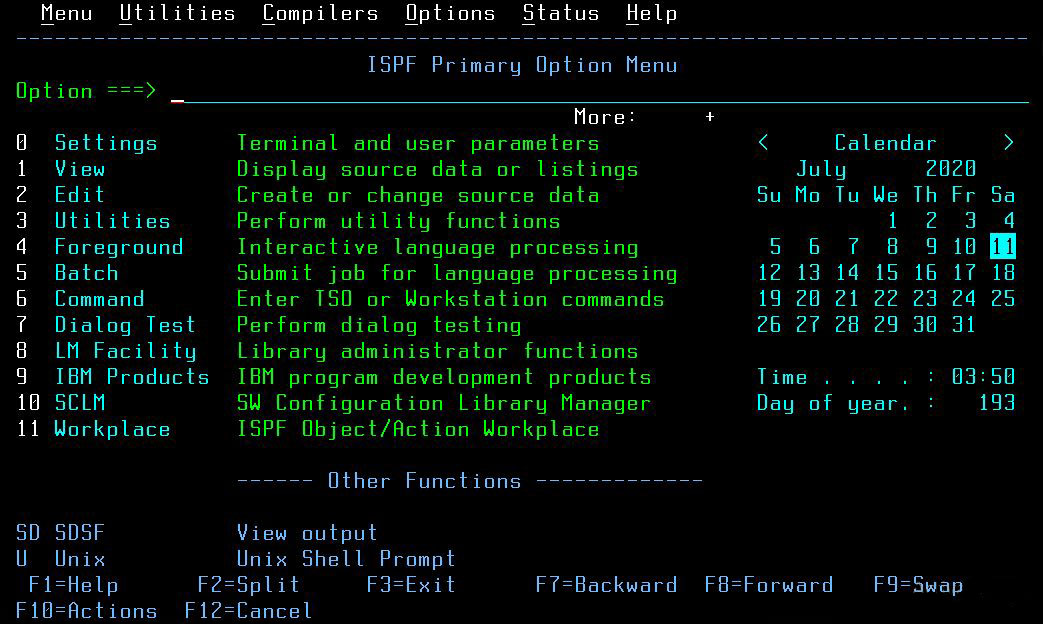 One of the major features in ISPF 5.8 is the use of Action Bar pull-downs. The action bar is the area at the top of an ISPF panel that provides access to actions available on that panel. With the default settings, the Home key is used to position the cursor on the first action bar and the tab key is used to move on to the next action choice.

Using the Action Bar pull-downs also lets you to perform another function without having to end the present activity. For example, if you are editing a data set and want to allocate another data set from your edit session, select the Utilities option on the Edit panel action bar (as shown earlier), and then select option 2 (Data Set). Do this by placing the cursor in front of (or on) the menu item or typing a '2' where the cursor is placed at the top of the pull-down list.

ISPF will then suspend your edit session and will display the Data Set Utility panel. After the allocation is complete, ISPF takes you directly back to your edit session. The Utilities pull down eliminates the need to define a command in the command table to nest ISPF functions. Many shops have such a command, and its no longer needed. When exiting a pull-down action without selecting anything (using the escape key), your cursor is placed on the first action bar item. 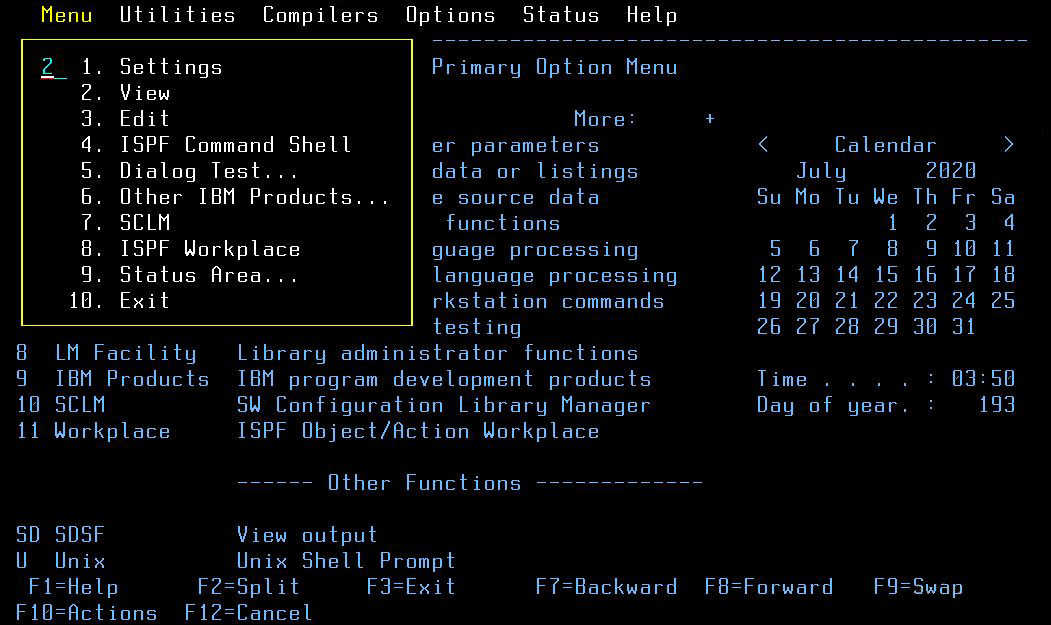 Member lists that use a single period in the selection field recognize a single selection among the members. For example, within the Copy function on this screen, you can select one or more members to Copy by specifying "S" command. Figure shows an example of this kind of panel. 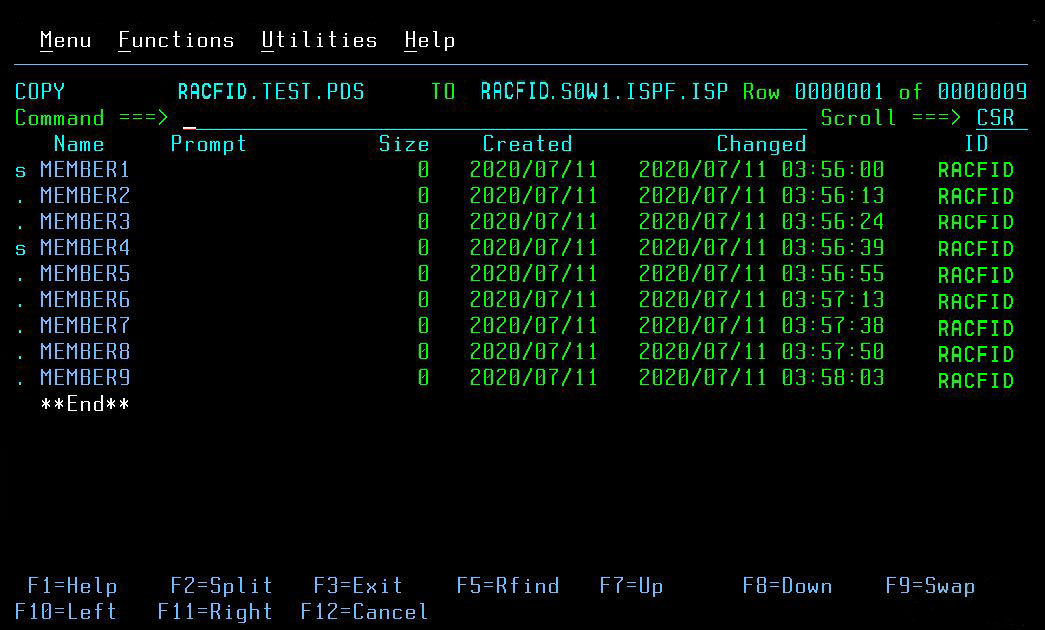 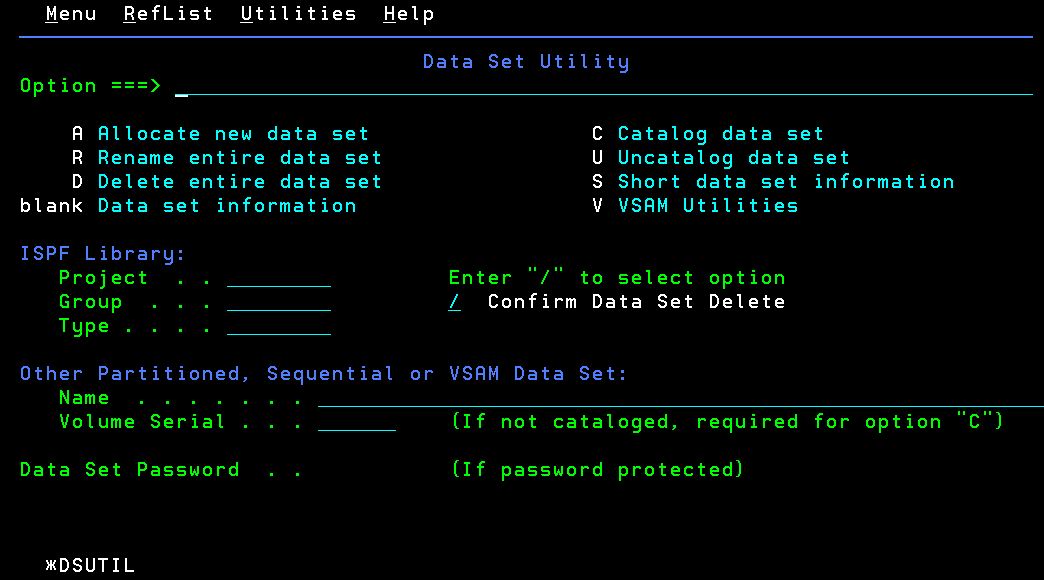 Member lists or text fields that use underscores in the selection field recognize multiple selections. For example, from the Display Data Set List Option panel, you may select multiple members for print, rename, delete, edit, browse, or view processing. Find an example for this kind of panel in figure: 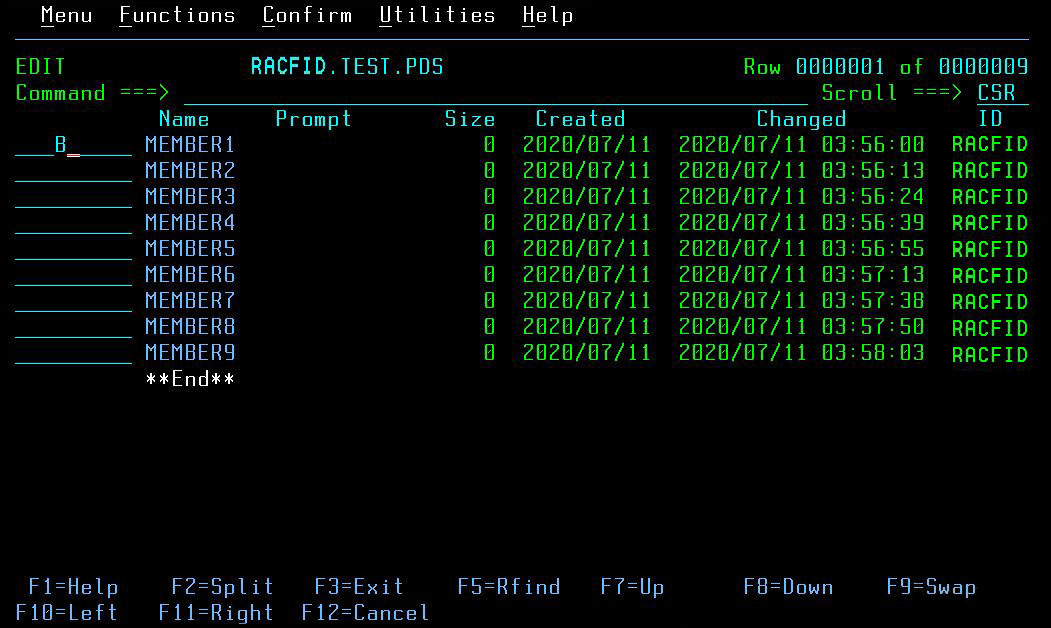 The following function keys help you navigate in ISPF:

You can also set the Keys by using Command "KEYS" in the command line.

The following screen shows the KEY-Settings: 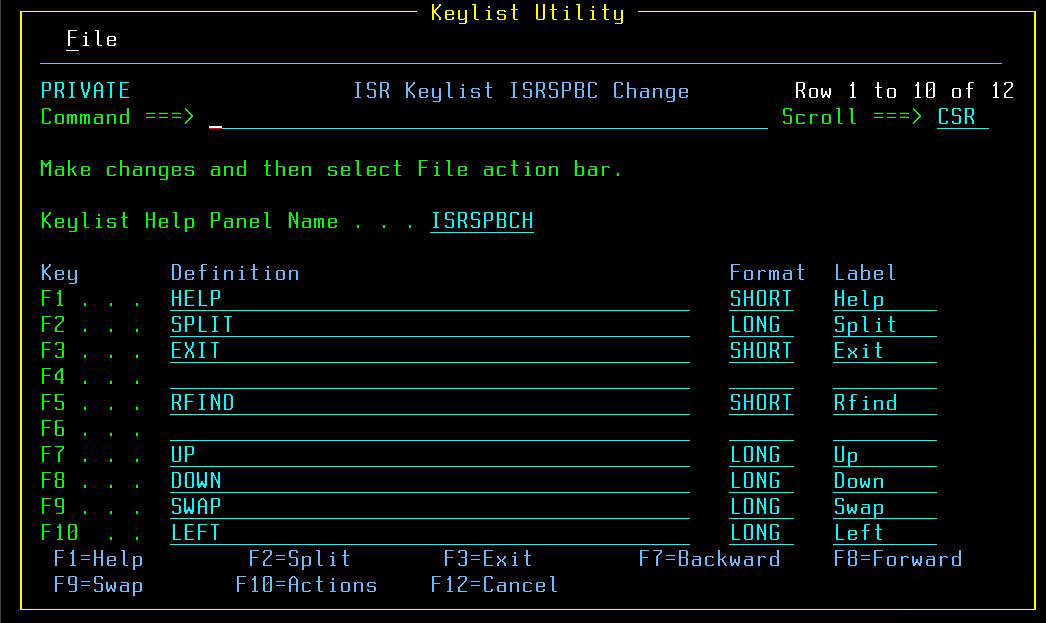 In bottom of the each screen you can find the Key details.