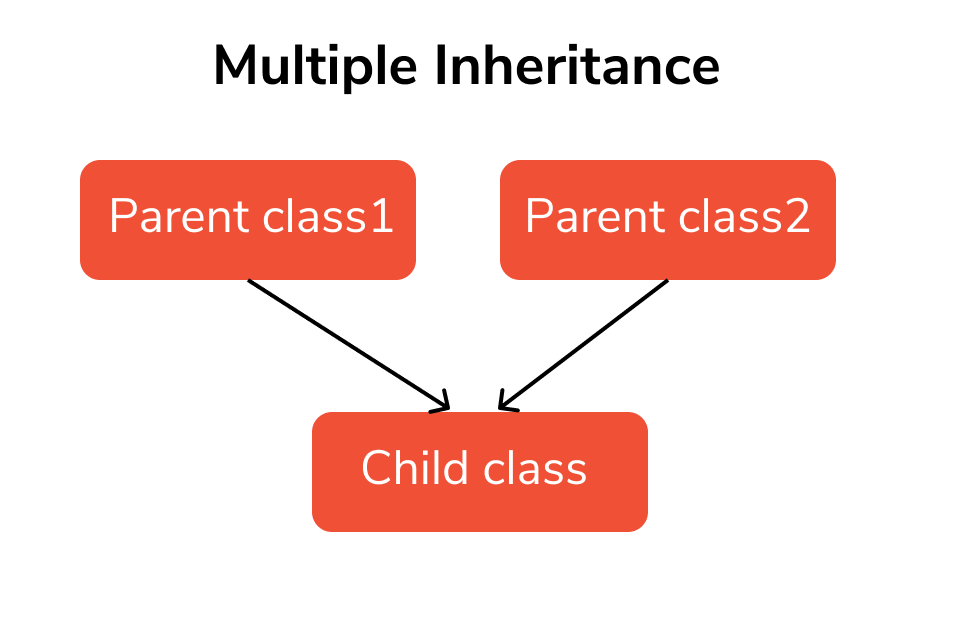 
In the above example, additionally added class Headmaster which inherits base class Teacher & Student.

teacher_obj1 has access to the teacher database but not to the student database as 'Teacher' object has no attribute 'student_database'.


student_obj1 has access to the student database but not to the teacher database as 'Student' object has no attribute 'teacher_database'.


In some cases, Headmaster may have access to both the teacher & student database. To do this, Headmaster has to inherit multiple base classes, Teacher & Student.

Method Resolution Order (MRO) is the order in which Python looks for a method in a hierarchy of classes. Especially it plays vital role in the context of inheritance.


Did you notice the outputs in above examples ? because python constructs the order in which it will look for a methods\attributes in the hierarchy of classes. This order is known as MRO, to determine which method it actually calls.

Using mro() or __mro__, you can determine which method it actually calls.


For more reference from python docs.